Zero Smartphone rivals iPhone minimalist styling: When iPhone got rid of the headphone jack way back in 2016, there was an outcry. How would people plug in their headphones and listen to iTunes – or watch movies? The answer was of course, with Bluetooth, wireless headsets, which are far superior to those annoying plug in ear buds. No more tangled wires. No more damaged cables meaning one ear speaker works and the other doesn’t. iPhone’s decision to ditch the headphone jack and to take the minimalist approach was forward thinking and trend setting.

But now it seems, the Chinese smartphone developer Meizu, has taken iPhone’s minimalist approach even further. Only this time, their decision is being lauded and not derided. iPhone broke the mould – but Asia it taking over the torch with the Zero.

No ports at all on the Zero smartphone

That’s right. Not one single port interrupts the smooth styling of the brand new Zero. This smartphone is entirely reliant on wireless technology, with wireless charging, wireless mics and headphone tech – and no buttons! iPhone has until now been the leader of the minimalist styling when it comes to smartphones, so Zero is breaking new ground.

No buttons on the Zero either

Yup. The smooth styling of this futuristic smartphone has what are referred to as ‘virtual buttons’ the power buttons on this smartphone are part of the actual display – and are operated in exactly the same way as the apps. How then, do you power it up if the display is off? Well, that’s just another conundrum that’s been figured out by this up and coming smartphone giant.

While it’s very cool to make a device where everything is integrated into the display, from a repair point of view, it’s not particularly practical. Yes, this is apparently the most waterproof smartphone yet. Although in our earlier blog on ‘How waterproof is your iPhone’ we showed an experiment carried out on the latest iPhone models. The iPhones were dumped in a harbour 14 metres under water. Both models survived for an impressive amount of time – the iPhone X winning against the iPhone 8.  But both exceeded all expectation and should be considered waterproof unless placed in extreme conditions…

Chinese tech is leading the way in terms of smartphone screen technology, with the coms giant Xiomi launching the amazing three-way folding screen to rival Samsung’s new, foldable screen. The battle for display supremacy is here, and iPhone hasn’t so far joined in the race.

The new Zero has a 5.99 inch AMOLED display that covers the entire front of the smartphone. The display even contains the speaker – and according to reports, sports 2.0 sscren sound technology. Indeed, the Zero is so minimalist, that is doesn’t even have a sim card port and relies on something called e-SIM technology which is currently limited to a handful of wealthy users in China.

The Zero is also minimalist in numbers. Currently is in an experimental launch phase in China. No reports have been made on the US launch and as for Europe, we will have to wait awhile to see if the Zero take off, or if there is zero interest in this futuristic and gimmicky device. Certainly, Apple needn’t feel threatened just yet. While they lead the way in breaking new ground tech wise, taking something to an extreme, that a world is not yet ready for, is not always the best strategy for marketing your products.

As an experiment for users, it’s an interesting call though. We wonder how well, for example, the volume settings will work as they rely on screen pressure rather than an actual button. And if every component is held within the screen, what happens when that display requires a repair? This latest device might well be completely water and dust impermeable – but is is also drop proof? When the screen literally is the device, ans screens are fragile, you are looking at repair costs that simply don’t make sense. It’s cheaper to buy new. And that’s a very bad thing.

With e-waste fast becoming the next worst thing after plastic to affect consumer experiences and the environment, we’d like to know if this non-porous smartphone with it’s minimalist style and it’s one-upmanship to iPhone, is actually either indestructible, or repairable? Ultimately, new devices are always going to be produced, and the march forward for technology is largely a good thing. But creating gimmicks  that simply ensure yet another wave of irreparable smartphone tech is not a wise move. The jury for us is out on the new Zero. Watch this space. 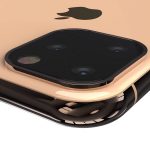 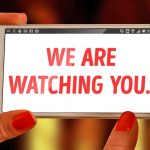