Will my phone battery explode?: The recent story of a boy in Manchester, who went to bed with his Samsung tablet and woke up with a hole burned in his mattress, is enough to send chills through any parent. According to reports, the tablet was four years old and was being charged by the manufacturer’s cable and charging plug. Miraculously, nobody was hurt in the incident, which saw the boys room covered in smoke and ash.

So, what exactly went wrong, and are we all at risk of our devices exploding? It’s a terrifying thought, given that most of us use our devises in bed, before we sleep, to wind down from the day.

Thankfully, exploding devices are, in our experience, relatively rare. However, there are precautions you can take to ensure your device is safe to use and charge at night especially. Let’s face it. You are most vulnerable when asleep, and nobody wants to wake up to a potential fire hazard.

The short and simple answer to this one is yes. As long as you are using the manufacturer’s charger, you should be absolutely fine to both charge and use your phone at the same time. This kind of usage won’t overheat the battery unless there is another underlying cause for concern.

Again, yes. You can safely charge your phone overnight, as long as you are using the correct, manufacturer’s cables and charger. Be aware though, the actual charging plug isn’t the only part that should be manufacturer approved. The USB cable you use can also have an impact on phone safety. Now all cables are the same – and you will notice this when one cable seems to charge your phone much faster than another.

This is a good question. Undoubtedly, an overheating phone is not a good thing. Lithium batteries are susceptible to overheating. Therefore, if the CPU on your phone feels unusually hot, take precautions and turn off the device. Don’t turn it on again until it’s cooled down sufficiently. Ways to ensure your device doesn’t overheat, are as follows. If you’ve just had a long conversation on your phone, it will be hotter than usual. Close any apps running in the background and turn down the screen brightness. This will reduce the power drainage on the battery and the strain on the CPU. Running too many apps at once can also case overheating. If for example, you are listening to music and playing a high-graphics game at the same time, you can expect some over-heating to occur.

Finally, using your phone in a hot environment will increase the likelihood of overheating. Using multiple apps in this situation could potentially result in a battery incident.

Most original, manufacturer phone batteries from reputable brands like Apple and Samsung, last between three to five years. After that, there is usage degradation. You will find you battery doesn’t hold it’s charge so well, and that degradation will increase over time.

However, one of the things we notice a lot with phone and table repairs, it that if a screen is damaged and needs to be replaced, the battery is not checked at the same time. It’s very important to have your device battery checked if said device has been damaged by impact. Very often, users will simply get the screen repaired and won’t even think about having the battery checked because it seems to be working just fine. But impact can cause issues, and it’s important that you ask your device engineer to check all is well.

All the above factors will decipher whether it’s safe to go to sleep and leave your device on charge. Personally, we would never recommend that it would be safe to charge a device that’s in bed with you. It’s too easy to fall asleep and not notice is said device is overheating dangerously.

Secondly, we don’t recommend that children take devices to bed unsupervised for the same reasons. Children, by default, tend to inherit their parent’s older devices. There is nothing wrong with that but be aware that an older device will have an older battery. A child is also far more likely to drop and damage their device, and so, might be using a tablet or phone that is at risk, even if the correct charging cables and plug are being used.

Finally, it’s all too easy for a child to fall asleep and forget they haven’t place the device in a space place, which would be a hard surface that isn’t right next to the bed.

Ultimately, making sure your tech is well maintained and safe to use is sensible. Don’t let your phone overheat – either by excessive app use or environmental factors. Don’t use non-manufacturer cables and chargers to charge the battery.

Acefast Services is the number one iPhone and smartphone repair service in Suffolk, We have been operational for eight years, and all our technicians are fully certified in both Android and Apple iPhone repair services. We also repair laptops, games consoles and PC’s. 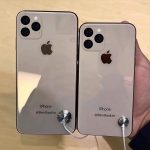 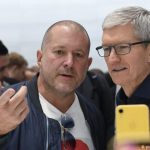