Samsung to launch full-screen smartphone to rival iPhone 11: Not content with launching the very first flexible-screen of it’s kind, Samsung is breaking smartphone display boundaries yet again. The latest reports suggest the Korean tech giant is now seriously close to releasing a smartphone that is truly edge-to-edge.

No pun intended of course. Although Samsung should be wary of any attempts to show off their display prowess after the rather expensive and gimmicky Galaxy Edge. The response from most tech forums was, ‘Hey, that looks nice. But it’s not that practical. Can we move along now?’

Easily damaged due to the vulnerable design of the display edges, and very expensive to replace, the Galaxy Edge screens, though extremely impressive to look at when they first came out, were not a good selling point for Samsung.

So, will this new, edge-to-edge display be received any better? Our guess is, it won’t. This is because iPhone already breached the market of the full display with the iPhone X. True, the notch became a bone of contention for a while. But it wasn’t a feature that made the screen more vulnerable to damage. As a result, the full display, with notch style indent, is now a feature being copied on lots of new Android smartphone brands.

Samsung says it’s new seamless display, which is currently under development, could be used in the Samsung S11 release in 2021.

However, the brand isn’t unfamiliar with the concept of seamless displays – even after the Edge debacle. Currently, the Infinity O display stores a front-facing camera and sensors in the aptly-named hole-punch design in the top left corner of the display.

According to reports, Yang Byung-duk, vice president of Samsung’s Mobile Communications R&D Group Display, has been quoted, calling Infinity O screens a ‘milestone’ for Samsung. He added that they would be further extending the parameters of the user-display experience in up-coming models.

Meanwhile, Apple is concentrating on developing its own apps, following research that suggests some third party apps are out-performing Apple’s own versions.

Currently, dark mode in iOS is being revamped, as are mobile apps that provide health details and reminders.

A new health app being re-designed for Apple will include features to track daily activity, menstrual cycle tracking details and even auditory health check features for users who fear they might be hard of hearing.

Not only that, but Apple will work on improving its Maps app. Users complain that Google’s version of the extremely popular navigation app provides users with a better and more useful satnav navigation system. Apple is now keen to add settings that record frequently used locations.

Finally, good news for users who love their iPhone SE models. The most popular iPhone of 2016 is being re-released by Apple, with a smaller and more competitive price tag. So, if yours is on the way out, or you know someone who’s on the lookout for an iPhone, this is probably the deal for them.

Unfortunately, the offer is currently only open to customers in the US. But savvy shoppers with a shop and ship account could make use of this excellent deal. The 32GB iPhone SE’s can be purchased from Apple’s clearance section for just $249. Colours available include gray, rose gold and gold.

For more information on reconditioned iPhones for sale, and repairing your favourite smartphone models, call us today on Ipswich 01473 718212. Currently, we are offering repair discounts to customers who book in via our Facebook page too. So visit www.acefastservices.co.uk 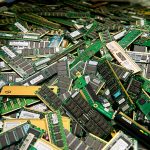