New iPhone SE 2 may not be released in the UK

New iPhone SE 2 may not be released in the UK: Acefast Services Ipswich checks out the iPhone SE 2 rumour mill on release dates

If you were hoping to get your hands on a smaller, cheaper but bang-up-to-date  iPhone in the form of the iPhone SE 2, you may have to exercise your patience, News reports suggest the iPhone SE 2 won’t be heading to Ipswich any time soon, and may at first only be released in India and China.

However, some sources are claiming that due to the trend for larger iPhones so that movies and gaming is more accessible, the smaller iPhone screen of the iPhone SE means the SE2 won’t be released at all.

Rumour has to that the new iPhone SE will be manufactured in India – although further reports suggest that an upgrade to the iPhone SE won’t happen at all, due to there being less demand for the 4-inch screen handsets

iPhone specs for the SE 2

The specs for the iPhone SE 2 are an exciting topic though. Leaks suggest it will resemble the iPhone 8 but will of course sport the smaller iPhone screen.

According to FocusTiawan report, the new iPhone SE 2 also provides an A10 Fusion chip – currently seen in the iPhone 7.

One major disparity between the iPhone SE and 8 is the lack of camera nodule on the larger iPhone model.

Rumour has it that the battery will also have a slightly elevated rating from 1640mAh to 1700mAh.

Additional features of the iPhone SE 2 could also include a wireless charging and a glass back – both extras introduced with the iPhone 8 and iPhone X.

Of course, it’s entirely possible that the iPhone SE will be discontinued – and the rumour mill is simply Apple marketing strategy in overdrive.

So, if you are a dedicated user of the iPhone SE – and enjoy the functions of the smaller, cheaper iPhone model, your best bet is to keep your current iPhone SE in good repair.

Here at Acefast Ipswich iphone Repair, we can maintain your iPhone handset and keep it in perfect working order until the new iPhone SE 2 becomes available – which could be likely in the third quarter of 2018. 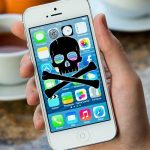