Is Apple launching stylus with new iPhone X? It’s common knowledge that Steve Jobs hated the idea of stylus screen pens. In fact, he made it very clear on several occasions that Apple would “never” consider launching a stylus for their iPhone or iPad models.

However, in 2015, the bar was lowered and a stylus was launched for the iPad and iPad mini. None were created for the iPhone range though, even when customer surveys suggested it might be a helpful tool to consider.

It seems it was most likely down to Job’s attitude that stylus pens fell by the wayside. He is quoted as saying at the first iPhone launch in 2007; “During the original iPhone launch event in 2007, he quipped: “Who wants a stylus? You have to get em’, put em’ away. You lose them. Yuck!

“Nobody wants a stylus. So let’s not use a stylus.”

Never one to mince his words, Jobs was apparently adamant that screen tools were a poor excuse for human attributes. He once said: “God gave us 10 styluses. Let’s not invent another,” referring to human fingers.

An industry insider however, is quoted as saying; “Apple doesn’t follow trends. But it listens to its customer comments and then decides if it will act or not. In the case of the stylus, this has become a matter of contention.” So an Apple stylus could well be in the pipeline.

The issue it seems, is that as iPhones become smarter and smarter, we are becoming increasingly reliant on them in work as well as in domestic situations. Apple has, until fairly recently, favoured smaller displays. The result is that when we text more, communicate more, send emails more via our iPhones, the smaller screen becomes a hindrance to those not so adept at typing texts, or for those with large fingers – not such a great gift is you have urgent messages to send and all your digits are like thumbs…

While the iPhone X (which was released in 2017) addresses part of this issue by giving users larger, hyper responsive displays, it still isn’t the perfect fit for everyone, hence, opening new discussions regarding stylus tools.

Considering Apple is so uber cool however, that it’s even done away with the headphone jack, making space for something as mundane as a stylus, does seem a little at odds with iPhone cutting edge design. Even Samsung so longer provides a handy slot for a stylus in it’s latest models – but it’s so far stuck rigidly to the headphone jack port.

What’s not immediately obvious is how the new stylus designs will work with the iPhone format. Apple already has pens for the iPad and iPad Mini – but they are quite large – and look like actual pens. This design obviously won’t work for iPhone users who want super convenience at their fingertips.

More likely, the iPhone stylus will take its cue from those already available for Samsung products – the S-Pen which is available with the Galaxy Note models.

It seems likely that as part of the new iPhone design, a space will be made for the new smartphone stylus – but where? iPhone fans are purists. They love innovation by baulk at too much change. Remember the issues iPhone suffered over the notch? And the criticism they got for ditching the headphone jacks (seriously though, anyone serious about their sound wants wireless anyway).

The key will be to watch this space and see what happens at the September launch of the latest Apple and iPhone products next month. With three new iPhone X handsets on the way and no official news confirmed on the designs, only time will tell. 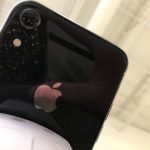 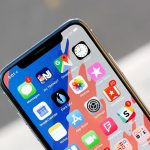