Apple news: This week as been an interesting one for Apple in the news columns, and the stories haven’t all been good. In fact, one particular story about the compromised security of Apple devices following the iOS update, is particularly troubling.

According to expert sources, iPhone users who upgrade from iOS 12.3 to 12.4 will have reduced security for the next few days.  The bug causing the issue was actually reported to Apple by Google’s security team no less than 10o days ago, and the tech giant has done virtually nothing to address the issue or make a public declaration.

Other Apple news is of course centered on the September Apple Expo – where Apple fans will finally be able to see the three latest iPhone models.

Upgrades expected include IA technology and iPhone Pro cameras. The The-sensor features will enable users to take high quality and high resolution wide angled images for the first time, on a phone. Apple say the tech rivals that of professional cameras. We’re not so sure about that claim. But for Apple fans who upgrade phones according to the camera capabilities, it’s the perfect addition.

Finally, Apple has egg on its face after the release of the much anticipated Apple credit card. Apple has issued A ‘diva-ish’ list of instructions. These instructions detail the care and attention the ‘very special’ Apple card requires from owners.

The card must not be kept near other credit cards. Wallets are also deemed unsafe. Apple releases a list of instructions regarding the care that must be taken of the new card.

Loose coins, jean pocket rivets, pockets made of leather or denim, and hard surfaces, were all threats to the card’s smooth, titanium surface. The internet then responded with a bunch of well-deserved quips, some offering to knit covers for this most special of credit cards.

Apple should have issued it with it’s own protective sleeve if it’s that easily damaged – in our humble opinion.

Finally, for the first time in decades, Apple fans will see the Apple logo looking rainbow once again. No, this isn’t a reaction to Pride. It’s just that Apple seems to be a bit bored with the minimalism. They are introducing a very subtle iridescent rainbow to the Apple logos on their Pro iPhones.

We repair all iPhone models. We also service and repair Android smartphones. If you need a replacement screen, data recovery, water damage repairs and more, call us today on Ipswich 01473 718212. 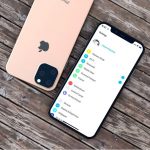 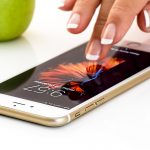