IPSWICH IPHONE REPAIR: iPhone’s new design panned: iPhone and Apple in general, has always led the way when it come to trendy tech design. The chunky, pocket-sized iPhone 5 iPhone went head to head with the slimmer and larger displayed Samsung S4. Despite the bigger display, the iPhone still over-took Samsung sales, and has continued to rival the Korean tech giant ever since.

However, now it seems as though iPhone’s predilection for clunky, hasn’t gone quite to plan. This latest design faux pas isn’t even just a glitch like the notch…

Yes, while Apple Mac have nailed the sleek and simple look to the detriment of all other computer brands, the new iPhones look more Fisher Price than high-end device.

There was even a theory that it was just the promo shots that made them look bad – but that ones you got them in your hand, they suddenly, magically looked amazing. Not so according to the critics, who say this time, Apple really have got it wrong.

The leaked plans of the new iPhone 11 and 11 Max have been met with almost universal derision from iPhone users and fans of the brand. One online post of the plans received almost 1000, replies – 90% of which were negative. Comments included calling the design ‘horrible’ ‘awkward’ and one commentator said Steve Jobs would have sacked the design team.

The controversial aspect it seems, is the camera fixture of the back of the phone. Called, very descriptively, the hump, this new placement, is ironically, the biggest upgrade feature in this next gen iPhone. However, users might be slightly more welcoming once they see what these large lenses can do for them. In fact, the hump will be revolutionary in transforming the way other smartphone designers present their cameras from now on.

Let’s face it. The quality of the camera is a huge selling point of any smartphone. And if your camera leaves other devices furlongs behind, you are in for a good financial year.

So, will the new camera ‘hump’ be the nest notch? We think it probably will be, even though right now, it looks extremely clunky and non-streamlined.

The new iPhone 11 and 11 Max will also be giving users a big battery boost – which we think is probably necessary, given the power draining potential of this latest mega-lens phone camera.

However, the notch, which was picked up and copied by several other devices, has now disappeared on rival smartphone designs. The notch will still be a feature on the iPhone 11 and 11 Max though.

Bizarrely, in a technical step back, the iPhone 11 and iPhone 11 Max, won’t feature the 3D Touch. The last time an iPhone didn’t have this tech was back during the era of the iPhone 6. Admittedly, we are slight baffled by this decision…

But, if you are not put off by the look and feel of this latest offering, the price is reasonable. For $999, you can get your hands on the basic model. It’s not an astronomical price as iPhones go. Furthermore, Touch ID will also be part of the new design.

At Acefast Services, we repair all iPhone models. Acefast believes in the repair, recycle and re-use philosophy. We also responsibly dispose of as many smartphone components as possible. We also offer a 15% discount to customers who book their repairs in through our Facebook page. And, we can carry out repairs in under an hour. For more information, visit www.acefastservices.co.uk 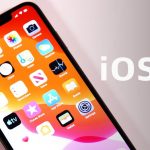 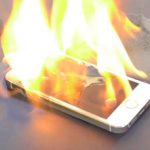