For the past three years, Apple has launched not one, but three new models. These range from the ground-breaking iPhone X, to the new economy iPhone X versions.

This summer will be no exception. Insiders are already champing at the bit to get their hands on the next gen ‘Pro’ iPhones. These will succeed the iPhone XR.

While iOS 13 continues to work it’s magic and offer iPhone users lots of new experiences, the latest tech generation smartphones from Apple, will have a particular focus. That is, the cameras they will be offering will have massive advantages over current iPhone models.

If the quality of your smartphone’s camera is a big part of your buying decision, then the latest models will be of huge interest to you. This is because Apple have added a new lens and camera feature with a third sensor that will help capture proper wide-angled video and images. Another plus is the ultra-zoom which enables users to photograph a far wider depth of field.

Not only that, but AI capabilities will merge the three lens sensor images into one seamlessly, for even better photographic results. Higher resolution images, better low-light image quality, and significantly improved video tech on the pro iPhone models will actually mean that users will have the same advantages of some standalone camera devices.

iPhone users will have wireless charging

Not only that, but of course, there is the convenience of wireless charging, and reverse wireless charging. Which means not only can you charge your device with extreme ease, but you can also charge your of the Apple devices (such as Air Pods) by placing them on top of your charging device.

Significantly, the look and feel of the latest iPhone won’t differ massively from the current models. But as far as Apple is concerned, why fix what isn’t broken? The displays won’t increase in size – although there will be a few new colours and finishes to choose from. After all, if you’re paying over £1000 for the latest tech, it’s good to have at least some differentiation from the previous models.

One major change though, is the resilience of these latest Apple iPhone devices. iPhone users will be delighted to discover that additional work has been done to increase the shatter resistant technology. Your iPhone will be less likely to suffer an injury from everyday bumps and falls. That’s definitely good news for iPhone users.

We repair all iPhone and smartphone models, from the older iPhone tech to the latest iPhone displays and more. If you have a problem with your iPhone, message us vis our Facebook page and receive a 15% discount on your repairs. 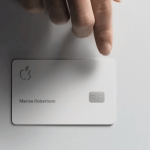