iPhone apps to stop spying on users. Breaking news: Apple has issued a warning to all data collection apps in the App Store, says a new report.

According to The Independent, some apps that take full advantage of tracking software, by spying on customers who use them. They will be banned from Appstore if they continue the practice – or are caught in the act, says Apple.

The iPhone apps have been recording user activities and watching on their iPhones. This data enables marketeers to hardline target iPhone users through advertising. The act of collecting such unsolicited and data goes against Apple’s guidelines, it says.

Techcrunch, the body that carried out the investigation on the spying apps, claims currently, lots of apps are using tools to watch user activity. It seems innocuous enough when sold as a marketing tool. But the act of watching people without their consent, breaches many human rights and privacy laws internationally. It is in direct contravention to Apple’s own policies too.

It’s not only activity that’s being monitored, but credit card information that’s being picked up too. Nobody wants that data to get into the wrong hands.

Here is a tip to increase your general location privacy settings while using your iPhone. 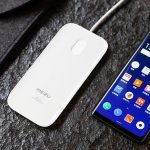 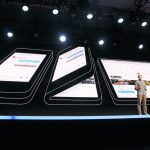