48 hours until the new iPhone X is launched

48 hours until the new iPhone X is launched

48 hours until the new iPhone X is launched: With just 48 hours to go before the new range of iPhones are released to the public, the rumour mills are predictably in over drive.

September 12th will see the most anticipated launch of a new smartphone model since the iPhone was very first launched back in 2007. Eleven years on and nine consecutive generations of handsets have seen iOS and Apple take over the smartphone market and revolutionise global communications.

Hot topics for discussion on the new iPhone X range include size. Will these latest models include among them the biggest iPhone yet?

Price is another big question. The iPhone X shocked the world with it’s ballsy and unapologetic $1,000 price tag when it was launched in 2016. In 48 hours, we’ll find out if that price has been topped – or if Apple is coming good on its promise to release an iPhone X that’s actually affordable for most people.

Along with these two topics are the usual suspects: namely battery life, charging time, security functions, processing speed and if the camera can actually rival a pro Canon lens yet.

But just so that iPhone knows what we at Acefast are expecting, here’s our wishlist for the iPhone launch on Wednesday.

Apple has not had an easy time of it when it comes to batteries lately. The battery scandal of 2017 is still wafting a pungent aroma over the imminent launch, despite a valiant attempt to appease disgruntled iPhone users. So, we’d like to see much extended battery life, a longer charge on a daily basis, and a faster charge too – possibly through an Apple-made wireless charger, which we hope will also be launched on Wednesday.

Yes it does. We’d like to see a bigger screen size – we’ve been promised a 6.5 inch display by the rumour mongers, let’s hope there’s some fire with that smoke. We’d also like to see the legendary MicroLED display Apple has been going on about for months now. We’re fans of the LED – especially when it cuts down the price, and we love the OLED because it makes watching Netflix on our iPhones so much easier. But we’re ready to move onto the next level of screen technology. So, even if it makes the new iPhone X unaffordable for now, at least it will give us something to aspire to.

Samsung always seems to pip iPhone at the post when it comes to camera lenses and pixel power. Well, this time we’d like to see a lens to rival the brand new Canon pro photography series – without compromising our display or battery life – or storage capacity, thank you very much.

Come off it Apple. How on earth did you expect users to seriously buy into your tech, when only about 00.5 percent of the earth’s population makes $1000 a month or more to live on? Fantastic tech is all very well, but we need a more reasonable price tag. Part of that reason is that when our giant iPhone screens get broken, we need to be able to afford to fix them again too. Surely if you can create ginger emojis and make them successful, you can create an earth-shatteringly good phone and make it affordable too? Let’s hope the latest report from Forbes is on the nail.

We want a bit more variety this time. We realise limited choice can be seen as exclusive, and strengthening a brand’s visibility, but it’s also rather dull. We hope you’ve take note of all the YouTube hacks to mod iPhone X’s into different colours and fake ‘limited edition’ models. A whole range of colours would be fantastic – mainly because if your price is going to be lower, so many more people are going to buy into the iPhone dream – and if we all have the same colour phones, life is going to be really boring.

Only 48 hours to go. Watch this space for our verdict… 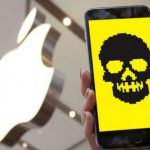